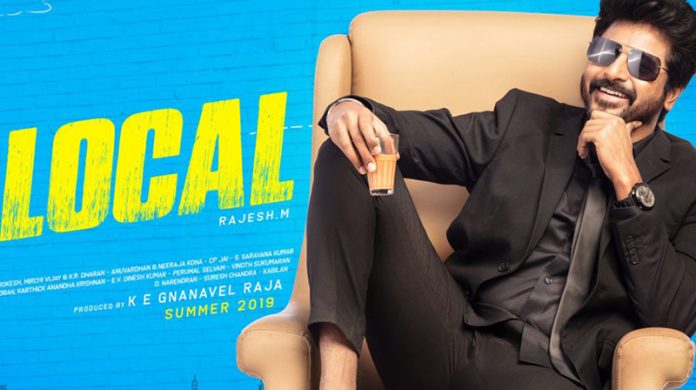 With maximum number of screens and shows, Sivakarthikeyan-Nayanthara starrer ‘Mr. Local’ is all set for May17 release. The film is directed by Rajesh and is produced by K.E. Gnanavel Raja for Studio Green Films. Kolly Buzz brings you 5 attractions that will surely bring more crowds into the theatres.

Sivakarthikeyan and Entertainment have been closely connected. Whenever, there is a film in blend of humour and entertainment, it obviously becomes a hit. From the visual promos, we have already been assured that there is unlimited entertainment in the movie.

Did anyone notice that there’s a huge change in the looks of Nayanthara? From being a size zero girl, shedding down more weight, Nayanthara has become a much ‘bubbly and chubby’ looking girl now. This is going to be one of the beautiful attractions in Mr. Local. Moreover, she will be seen throughout the movie alongside Sivakarthikeyan.

Very rarely we come across the films that are made to make people laugh out and enjoy. Such happens to be director Rajesh, who has now made ‘Mr. Local’ that has lots of fun and entertainment.

Music director Hiphop Aadhi’s songs for Mr. Local have already become hits and the makers releasing the single tracks one by one has gradually made the film capture the adequate attention.

3 topmost comedians spread throughout the film

Rajesh movies usually have Santhanam as the major attraction of humour. In this film, to ensure that everything is perfect in this recipe, Rajesh has included three topmost comedians – Satish, Robo Shankar and Yogi Babu together. While Yogi Babu will be seen as Siva’s neighborhood friend, Satish happens to be his colleague and Robo Shankar as his manger in car showroom.