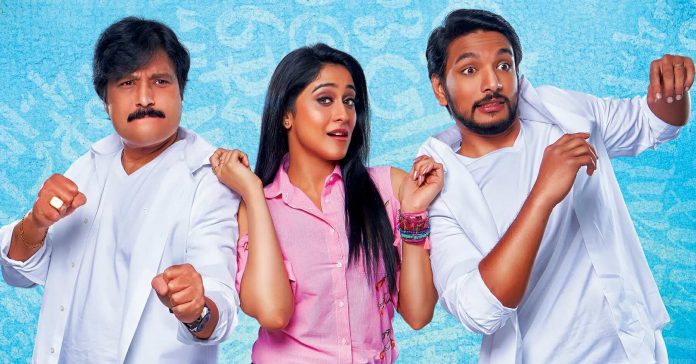 Mr. Chandramouli featuring Gautham Karthik, Regina Cassandra and Karthik in lead roles is scheduled for July 6 release. Thiru is directing this film, which is bankrolled by G Dhananjayan, Vikram Kumar and Lalitha Dhananjayan for BOFTA Media India Pvt Ltd. Sam CS is composing music for this film, which has director Mahendran in negative role. In this Mr. Chandramouli Preview, we bring you 5 reasons to watch this film.

While glimpsing upon his movies, we find that Thiru has attempted different genres in every movie. Illustratively, it comes so much noticeable with Theeratha Vilaiyattu Pillai (Rom-Com), Samar (Mystery) and Naan Sigappu Manithan (Suspense).  Audiences have kept a decent level of confidence upon the filmmaker in Mr. Chandramouli.

Both Navarasa Nayagan Karthik and his son Gautham Karthik coming together for the first time itself is a huge attraction, isn’t it? Karthik has been the cynosure of everyone’s eyes across urban and rural groups. Now, the fans will be really happy to see father and son sharing the screen space together. Moreover, they will be seen playing the father-son role in this movie as well.

Regina Cassandra has never missed to woo down everyone with her oomph factors. Naturally, it’s not just about her scorching glamour, but she does gives a decent performance in all her movies. Obviously, the hottest avatars of Gautham Karthik and Regina Cassandra is already the sensational trend in media platforms.

Sam CS – The Master of BGMs

The name ‘Sam CS’ has become one of the intriguing attention grabbers in many movies. More than all, he is not alone praised for his songs, but is highly appreciated for his mind blowing background score.  Significantly, the music director has said that the film being an ‘Emotional Entertainer’ propelled him for more efforts in BGM.

Apart from Gautham Karthik, Karthik and Regina Cassandra, the film has lots of promising actors. Of course, the actors like director Mahendran, Agathiyan, Varalaxmi Sarathkumar, Satish and few more is yet another highlights of the film Mr. Chandramouli.