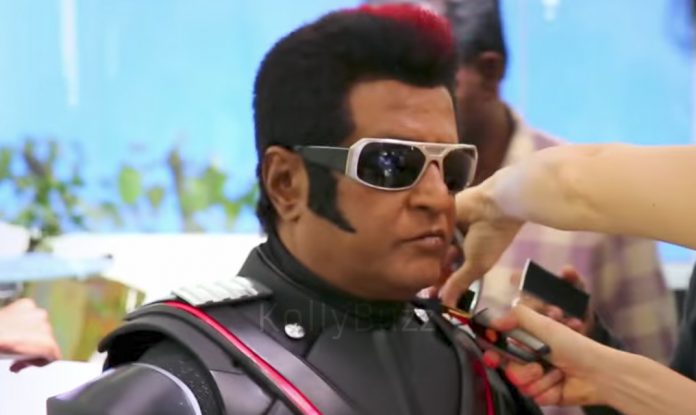 The word ‘Grandeur’ doesn’t confine only to the celluloid version of 2.o, but the makers are expanding the boundaries. They want to make sure that everything involving the project has this term tagged. The first look of this film was launched amidst grand fanfare in Mumbai, where Salman Khan graced over the occasion. The value of grandness and top-notch technical depth in first look motion poster through 3D swept everyone off the feet.  Following this, couple of making videos has already generated impeccable waves of exhilarations.

After much wait, the most expected event of this season is all set to happen with huge grandeur. According to the sources, the audio launch of 2.0 will be hosted at a whopping cost of 12Cr approximately in Dubai on October 27at Burj Park. A day ahead of this grand event will have the entire team interacting with International media and Press on October 26 at Burj Al Arab Jumeirah.

Burj Park is considered as one of the biggest and celebrated luxurious hub of business and pleasure. While AR Rahman will be performing Live at this event with songs of 2.0, there are also few more attractions included.

The producers at Lyca believe that there is always a huge reception for Indian movies in Gulf countries. Especially, a Pan-Indian film like 2.0 with a huge star-cast will get the red carpets spread out.

2.0 features Superstar Rajinikanth in dual roles with Akshay Kumar, Amy Jackson and Sudhanshu Pandey in the star-cast.  AR Rahman’s musical score has been highly regarded as the core of all attraction.

The teaser of this 400-Cr worth film will be launched on November 22 followed by theatrical trailer in Chennai with date yet to be finalized.