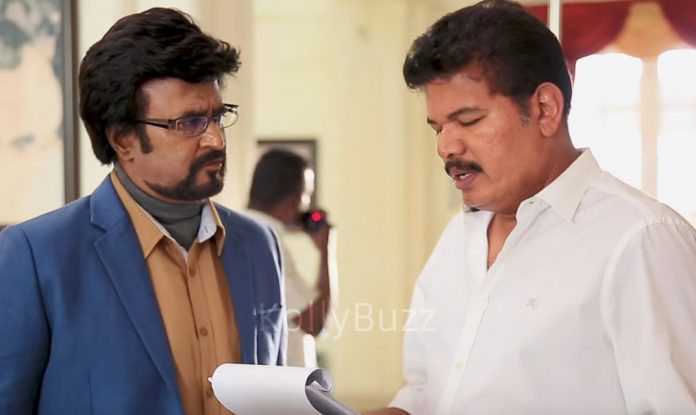 The secret behind cartoon-animation portions of 2.0 making

The entire Indian film industry is curiously waiting for the big day of mammoth film’s release. 2 point 0 (2.0) has been generating the best levels of expectations across the planet for its grand making. Before a month, Shankar and his team had released 2.0 making glimpse. Now, the second part making has been unveiled exhibiting the 3D feature. The running length of this sneak peek is around 200 seconds approximately, which astonishes us to the core.

We find Shankar, Akshay Kumar, Nirav Shah and many others in the crew sharing their wonderful experience of shooting in 3D technology. But it turns out to be little disappointing to miss Rajinikanth sharing his views in person. We just get to hear his voiceover and the footages of shooting.

Rajinikanth is seen enjoying most of the portions, where he repeatedly watches the 3D footages. “I am sure audiences will definitely enjoy this newfangled technology of 3D in theatres,” says Rajinikanth.

On his part, Shankar adds, “Usually most of the Hollywood movies are shot in 2D and later converted into 3D format during post-productions. But we have shot the entire film using latest 3D format camera.”

The Hollywood technicians are seen working on the visuals and there is 2.0 Chitti theme from Endhiran played in backdrops.

You were amazed looking at the animation portions of 2.0, where Rajinikanth, Akshay Kumar are seen in cartoon formats.  To everyone’s surprise, the entire film was animated even before the shooting commenced. According to inside reports, the animation feature has a running length of 2hrs 20 minutes. So the running length of this uncensored film could be somewhere around this duration. The animation feature has been used for reference throughout the shooting.