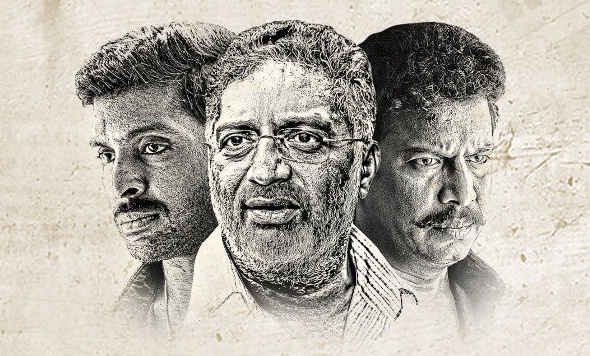 Kalaipuli S Thanu has been consistently producing movies with big heroes and huge production values. This latest announcement from his desk seems to be pretty surprising. After a long hiatus, he has changed his lanes and comes up producing a film with the critically acclaimed team. The film titled ’60 Vayadu Maaniram’ will have Prakash Raj, Vikram Prabhu and Induja in lead roles. Samuthirakani will be seen playing an important. But what’s more intriguing is whether 60 Vayadhu Maaniram is a remake of super hit Kannada movie ‘Godhi Banna Sadharana Mykattu’.

The original version featured Rakshit Shetty and Anant Nag in lead roles. Shruthi Hariharan played the female lead character, which will be reprised by Induja. Sources mention that Prakash Raj had initially acquired the remake rights. Now it’s surprising to see that the movie has got Kalaipuli S Thanu as the producer.

Prakash Raj will be seen as a 60 plus aged man, who is affected with Alzheimer disease. On an unexpected turn, he goes missing and that’s where his son gets into the mission of searching. During this process, he explores the real love that his father and he shares.