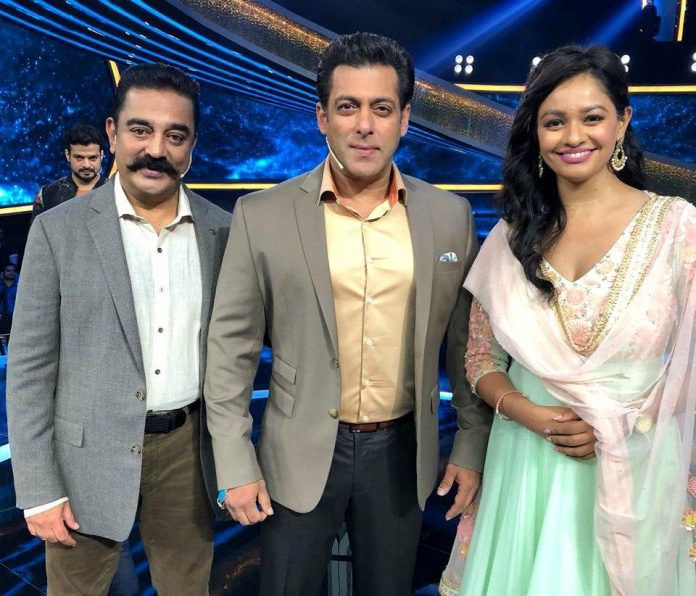 Actor Kamal Haasan was in Mumbai taking part in Salman Khan’s Dus Ka Dum reality game show to promote his upcoming film Vishwaroop 2. He is leaving no stone unturned over adding sumptuous spotlights upon Vishwaroop 2. The second installment of his ambitious magnum opus will be simultaneously releasing in Tamil, Hindi and Telugu on August 10. The actor has already promoting the Tamil version in many places. One among them was Bigg Boss show, where he unveiled couple of single tracks with live performances. Recently, he was there in Mumbai to promote Vishwaroop 2 at Salman Khan’s famous show Dus Ka Dum.  Kamal Haasan’s co-star Pooja Kumar was also present for the show.

Seemingly, the actor  Kamal Haasan will be flying down to Andhra and Telangana sooner for Telugu promotions too.

It is noteworthy; Vishwaroopam that was released before 5 years was a huge success. But it had its own downfall with some issues involving ban. During this critical juncture, Salman Khan came forward to raise his voice for Kamal Haasan on self-interest.

Rahul Bose, Shekar Kapur, Andrea Jeremiah and many more prominent actors are a part of this film. Ghibran has composed music for this film, which will have the complete album launched soon.