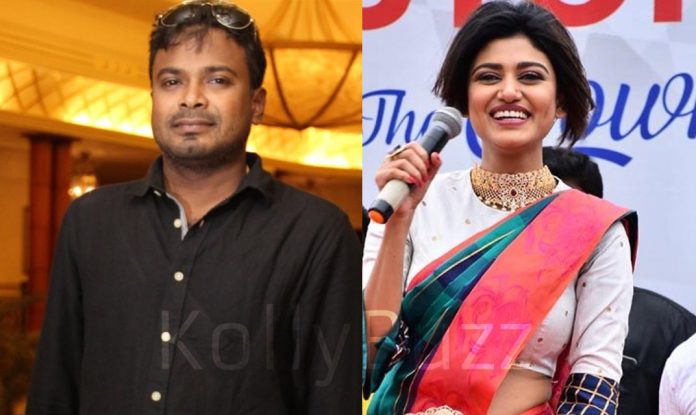 Naturally, we tend to make certain statements upon celebrities. It all goes like ‘Making headlines everyday‘. But in case of Oviya, it’s all getting much microscopic and faster. She tends to make headlines for every hour by the dawn and dusk. It is worthy to be noted that she spangled up the crowds for her appearance in public.

This was a huge mob that even she didn’t expect. The news about her bold and sweet speech has been kindling high level sensations. Now Oviya brings up yet another enthralment to her fans. Actor Aditya along with Deekay together unveiled the title of their other film. The film is titled Katteri, which is an adventure based comedy thriller.

Both Oviya and Aditya together appeared by the premiere show of Hara Hara Mahadevaki and announced the title.