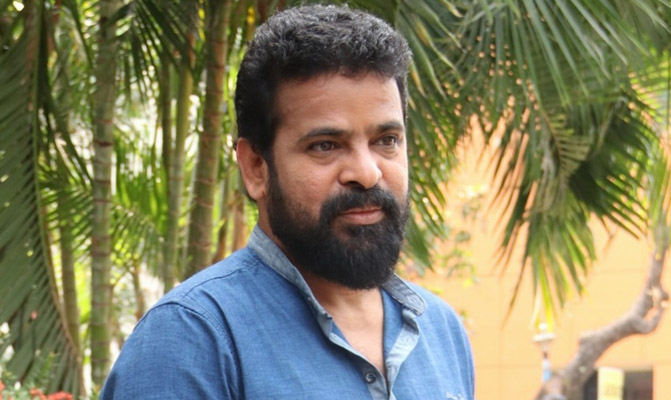 Director Ameer started shooting for Santhana Devan by beginning of this year. The film features Arya and his younger brother Sathya in lead role. Apart from this film, he is playing an important role in Dhanush starrer Vada Chennai. Apart from these films, he has almost completed shooting for ‘MGR Pandiyan‘. Adham Bava has directed this film, which is shot completely in Theni. The film is a political satire set against the backdrops of Theni.

Ameer will play the role of an ardent MGR fan. Malayalam actress Chandini is heroine of this film. She made her debut in Tamil cinema with Bharath starrer Aindhu Aindhu Aindhu. Others in the cast includes Ganja Karuppu, Imman Annachi, Ponvannan and Anand Raj.

It will be an out and out comedy caper with the political backdrops. Already four schedules of this film have been completed. Only 2 more schedules are pending, which will happen in Chennai after Ameer finishes his schedules with Santhana Devan and Vada Chennai.

Vidhyasagar has composed music for this film.