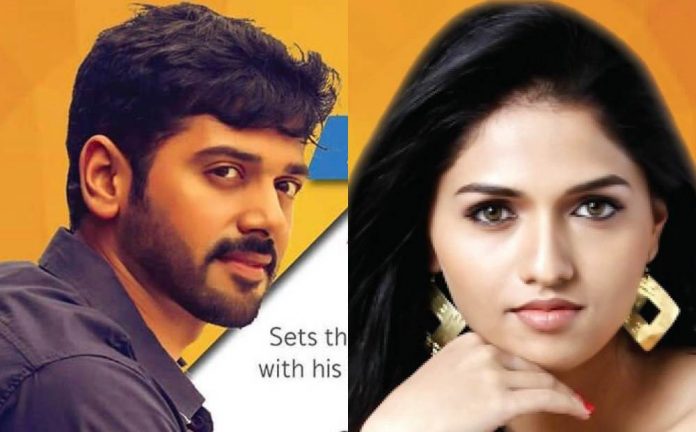 Recently, what’s making more sensational sound on par with movies is web series. The sudden gold rush of newfangled entertainment has become the topic of town. Especially,Amazon Prime and Netflix constantly offering Tamil entertainment in big numbers. Of course,  there is no barricade to this zone. Apparently, it’s turn for ViU to push its non-stop notification of new arrivals in Tamil industry. While this App has already proved it significance in many regional industries, it starts off with Nila Nila Odi Vaa in Tamil. Ashwin Kakumanu and Sunainaa will be seen playing the lead roles.

Nandini JS, who had earlier amused with her fun-filled thriller ‘Thiru Thiru Thuru Thuru’ is directing this series. Nila Nila Odi Vaa is vampire based Rom-Com, which will feature Ashwin as a tattoo artist named Om and Sunainaa as a beautiful vampire. The story revolves around Om, whose life takes a turn after realizing that his college crush has turned into a vampire. Filmmaker Nandini JS thanks ViU for giving her complete freedom in experimenting with a new genre.

Furthermore, talking about Ashwin and Sunainaa, she says, “Both of them are right choices for these roles. Ashwin will be sporting a different look with unique tattoos on his skin. Sunainaa was signed up for this role as she is so beautiful and is stunning in her performance.”

Srikrishna Dayal, Ashwath, Gabriella, Meesha Ghoshal, Anupama Kumar, Abhishek Vinod, Praveen, Shira, and Harish are the others in the star-cast.