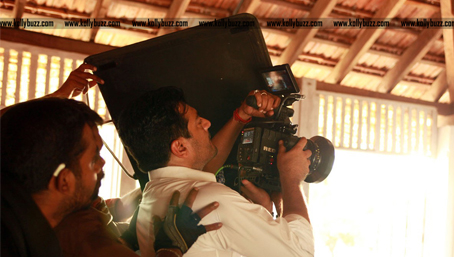 The stakes are higher this time, and there is no doubt that Ajith is paying attention to minute details to make sure the audience enjoys his film. The star has been completely hands on during the making of Billa 2 whether it was going behind the camera for a scene, or making sure that the entire crew was safe while canning a high action sequence.

Finally, his fans will be fans will be able to see the fruits of his labour as the movie is set to release soon. In an exclusive chat , producer Sunil Kheterpal says, “We are working towards releasing Billa 2 on June 22. But it can only be confirmed once the films reaches the censor board.“ The movie has already grabbed eyeballs, with its promotional calendar and innovative tag line creating a buzz among Ajith’s fans. “This is the first prequel and the tag line has caught everyone’s atten tion. The movie is being promoted well and it’s creating a high impact too, but we are not splurging unnecessarily,” says a source close to the production and marketing unit.

It is a known fact that Ajith lets his movies do the talking, rather than openly promoting them. However, Thala has taken the initiative this time. “This is the first time that Ajith is open to talking about the movie ” adds the source. With Billa II Ready to Roar soon, we can expect the trailer this week once the censor gets over.