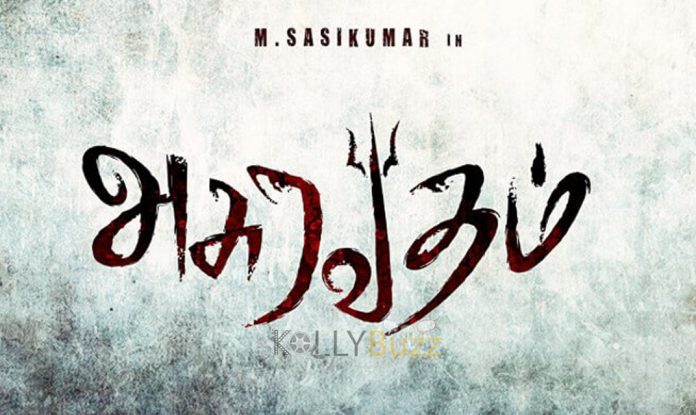 “My character in Asuravadham is suspenseful” – Sasikumar

Filmmaker, producer and actor Sasikumar has been swapping his roles without break. He has been producing movies consistently and is now seen wearing greasepaints for a series of movies. While Sasikumar is busy shooting for Nadodigal 2, directed by Sasi kumar, his previous project ‘Asuravadham’ had to go through tough phases of shooting. In the literal sense, the entire Tinsel town is surprised over the project planning. To see a film’s shooting completed on time itself is a miracle these days, so how about a film that gets wrapped up even before the planned date. Such happens to be the curious case of Asuravadham, which is directed by Maruthupandian.

“We were continuously shooting in the coldest climate of Dindigul and Kodaikanal for past few weeks. The entire team was so much vigorous and enthusiastically energetic that we wrapped up the shoot even before the planned time,” says Sasikumar.

When asked about his role in this film, which happens to be a town based thriller, Sasi kumar says, “My character in Asuravadham is suspenseful and revealing even a small hint on it would be a spoilsport.”