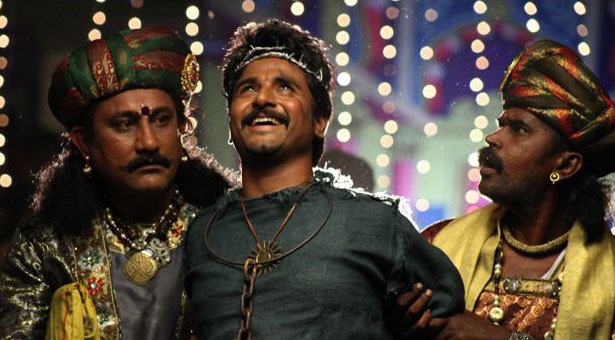 SivaKarthikeyan who is on a high note after the success of Kedi Billa Killadi Ranga and his latest super hit Ethir Neechal will be seen alongside veteran performer Sathyaraj in Varuthapadatha Valibar Sangam. VVS will introduce Sri Divya, whilst Bindu Madhavi and Regina Cassandra are also in supporting roles. VVS is directed by Ponram who was a past associate to director Rajesh. The film is produced by Escape Artist Motion Pictures and has music scored by by D. Imman.

The album launch of VVS is to be held on July 14th. Dhanush is expected to release the album and it will be received by of Jiiva, Arya and Jayam Ravi. VVS will have a mix of racy and melody numbers. Not only that, SivaKarthikeyan has sung a racy folk number along with Anthony Dasan and Kovilpatti Amali.