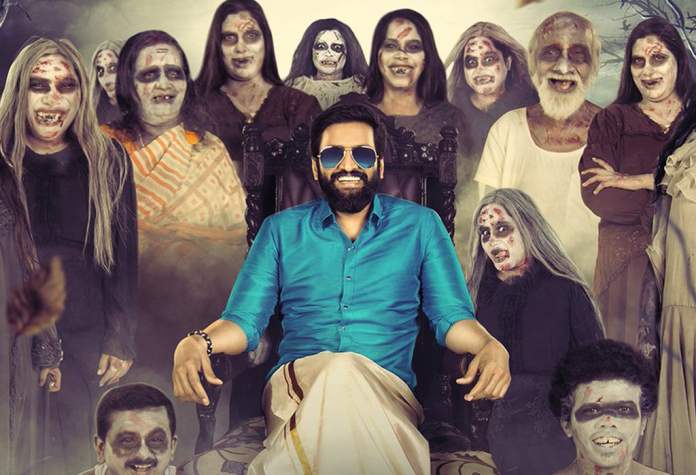 Santhanam’s long hiatus on the big screens had turned out to be a mere disappointment. Seemingly, it looks like; Dhillukku Dhuddu 2 will vaporize such a bleak scenario. Of course, the announcement involving the sequel had indeed kept the expectations on decorous levels. This evening (Oct 29), the Dhillukku Dhuddu 2 Teaser released has garnered a myriad of decent reception. The witticism of Santhanam looks very much prevalent in this film, which has a similar star-cast from the first part. In particular, the final shot where a gory ghost holds the hands of Santhanam and he sings “Kiss Me…Close your Eyes…” from the famous commercial advertisement of Cadbury.

Conclusively, such innovative features brims us up with hope that the entire team hasn’t worked just upon the witty lines, but have tried a new dimensional humour.

Rambhala and Santhanam have been closely associated from the time of Lollu Sabha and had worked together in Dhillukku Dhuddu as well. Shirtha Sivadas is playing the female lead role in this movie, which has an ensemble star-cast involving Naan Kadavul Rajendran, Bipin, Ramar, Urvashi an few more. Shabir (Music), Deepak Kumar Padhy (Cinematography) are the prominent technicians in this film, which is produced by Santhanam for Handmade Films