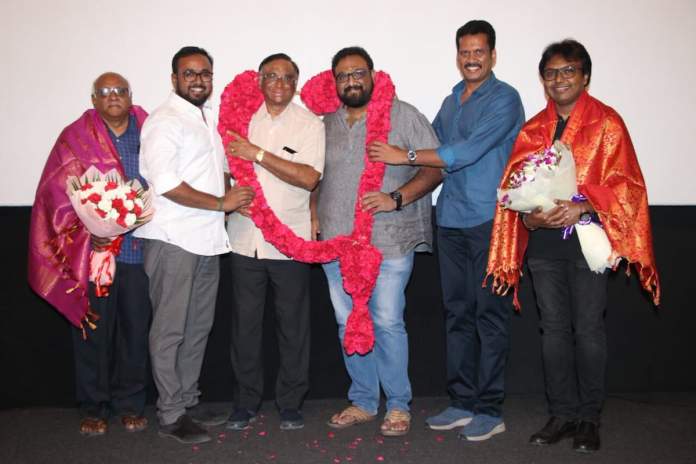 The gladness and cloud nine moments are persistently brimming up the distributors of Viswasam now. It rarely happens that distributors meet and congratulate the makers of a film, especially during this point of time. It was surprising to see some of the Tamil Nadu distributors like S Pictures Srinivasan and Sakthivelan of Sakthi Film Factory congratulate and honour producer T.G. Thiyagarajan and director Siva after the press show of Viswasam. Significantly, they are happy that the film has witnessed a good response from not just Ajith Kumar fans, but family audiences as well.

The film revolves around a character named Thooku Durai, who has to battle against all odds to reunite with his family. Moreover, the audiences have loved the film for a beautiful message imparted on parents about raising their children.

The film is directed by Siva and is produced by Sathya Jyothi Films with Nayanthara playing the female lead role. Jagapati Babu, Vivek, Robo Shankar and Thambi Ramaiah have performed important characters. Musical score by D Imman and cinematography by Vetri have added up decent impact on technical aspects.