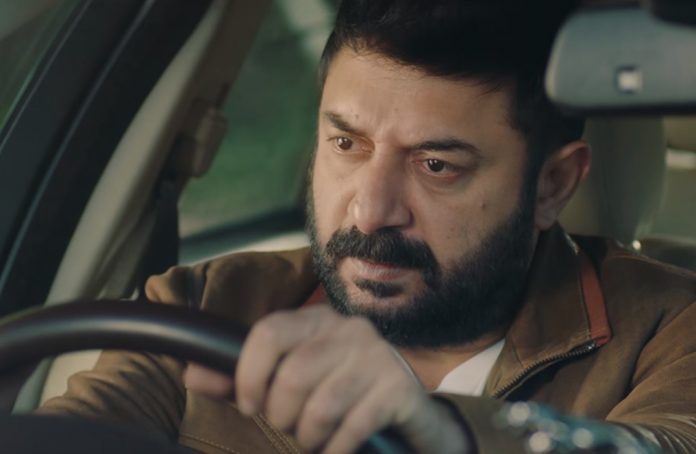 Gautham Vasudev Menon, apart from being a maverick filmmaker has been a genius in picking right talents. One such illustration could be spotted with his choice of getting Karthick Narain helm the project under his production. ‘Naragasooran’ had its first look teaser unveiled by Gautham Vasudev Menon, which gets the best reception. The teaser has a running length of 56 seconds, which gets the best impact on technical and narrative style. We can sense that a much stronger flavour of mystery prevails much alike the filmmaker’s debut venture ‘Dhuruvangal 16’.  It is much more appreciative to see that with so many promising actors and lots of locations, Karthick has managed to wrap up the shoot in short span of time.

The emotional premise seems to be much stronger on its realms with Arvind Swamy emoting unconditionally. Sundeep Kishan seems to be one under a search and so is Indrajith with a mystery lying beneath him. Ron Ethan Yohan brings in his favourite musical of church organs and Gregorian elements out here.

Moreover, the biggest question is who is that befallen devil?