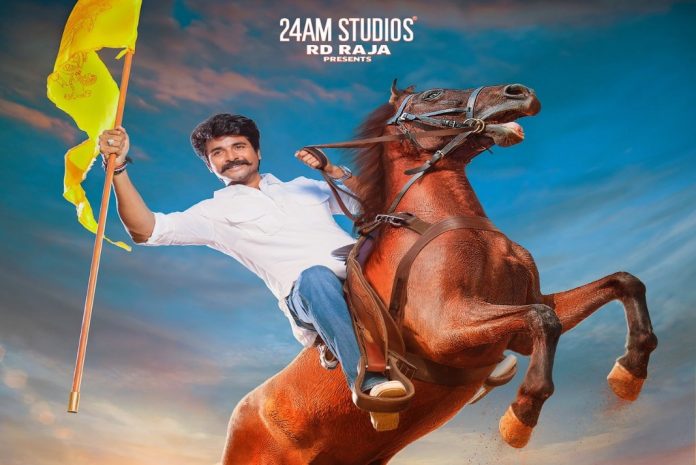 Seema Raja starring Sivakarthikeyan, Samantha, Simran, Soori in leads is all set for it’s grand release on September 13. Releasing on the occasion of Vinayaga Chathurthi, the film is expected to have great opening for the weekend. Also, the stardom has been increasing with every film. 24AM Studios, the makers have been planning neatly with huge promotional activities to reach people.

After Siva’s Velaikkaran, this film will have early morning shows and the advance bookings have already started at few centres much prior to the release. Right from huge banners at prime locations, advertisements, full size paper ads, the production team have made a huge set for the Audio release function. In Madurai, the audio launch was much similar to a festival gathering. Also, Seema Raja Karaoke booth, a new campaign from the team has been set up at a multiplex in Chennai to grab audience attention.

The huge feat for SK is that, for the very first time in his career, his film will release in Poland with Seema Raja. A new distribution company named ” 7th Sense Cinematics “ has acquired the distribution rights for Poland. To add on, only selective stars including Rajinikanth, Ajith, Vijay, Suriya have had their films release in Poland.