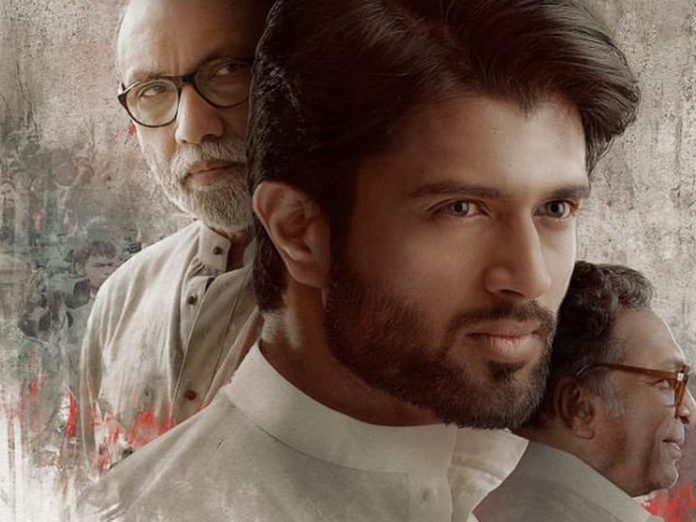 The hot sensational chap – Vijay Devarakonda has left no stones unturned over gaining monstrous fans across India. With a constant choice of unique scripts from Pelli Choopulu followed by Arjun Reddy and the recent sensation, Geetha Govindam had became huge blockbusters in Tamil Nadu as well. Now the actor is all set to enthrall the Tamil audiences with his first ever direct Tamil movie titled NOTA. Irumugan fame Anand Shankar is directing this film, which is simultaneously made in Tamil and Telugu. While the trailer of this film is getting unveiled on September 6, Vijay Devarakonda unveiled the news on his micro-blogging page. He wrote, “I bloody hate politics. But if I have to do it. This is how I get it done” (Sic) following which he mentioned about the release of the film’s trailer.

Touted to be a political thriller, the film features Mehreen Pirzada in female lead role with Nasser and Sathyaraj appearing in important characters. Sam CS is composing music for this film, which is produced by K.E. Gnanavel Raja of Studio Green Films.