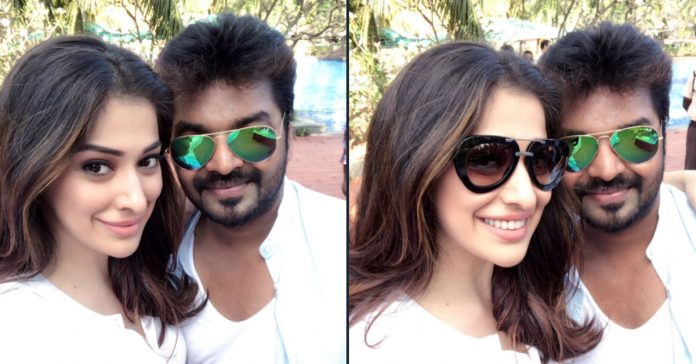 Followed by Balloon, Jai is now gearing up for a series of movies that are based on different genres. Neeya 2 is touted to be a supernatural thriller, directed by L Shankar. Catherine Tresa, Varalaxmi Sarathkumar and Rai Laxmi are the heroines sharing screen space with Jai. Neeya 2 logo was unveiled before few minutes and is trending on social media hubs. The title logo has been designed in such a way that a snake’s vector represents ‘2’ along with the title.

It is worth mentioning that ‘Neeya’ that starred Kamal Haasan and Sri Priya in lead roles was released nearly before 40 years. The movie is still regarded one of the best horror flicks of all times. Now with this film carrying the same one, expectations are scaling greater upon it. According to the sources, the producers are investing big money upon this film. Sharing about this, director L Suresh says, “The producers believed in the script that it needs grandeur. While watching the movie, audiences will never feel in any sequence that it involves gaudiness.”

When asked about 22-feet long Serpent acting in this film, L Suresh has more to shed lights upon. “We had initially imagined the kind of snake we wanted. We travelled across different places in India and Thailand for this purpose. Finally, we found the exact serpent that is 22-feet long. We’re sure that scenes involving this serpent will be a great experience for audiences.”