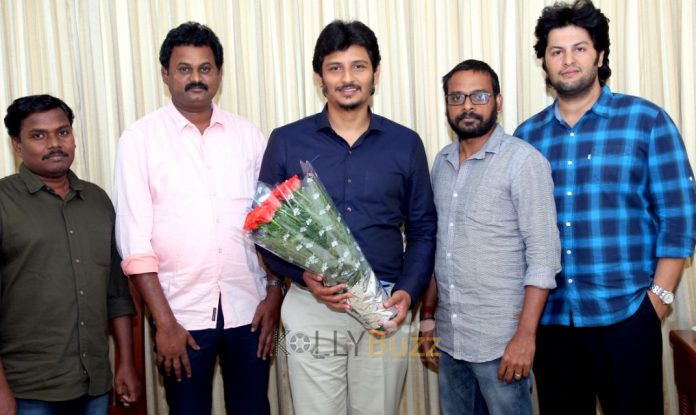 Jiiva’s Gypsy by Raju Murugan based on travel drama

Critically acclaimed filmmaker Raju Murugan is illustrious for churning out couple of beautiful movies titled Cuckoo and Joker. His movies reflect the paradigms of social crisis with a much hilarious and emotional blend. He has now teamed up with Jiiva for a film titled ‘Gypsy’, which is produced by S. Ambeth Kumar of Olympia Movies. The film’s title was announced last night at 12 and the title gives an abrupt assumption on what the story could be all about.

Gypsy literally means a labourer who keeps travelling from one place to another for the sake of livelihood. It is worth mentioning that Raju Murugan has written a lot in books based on the experiences of his travel. So it is obvious that Gypsy tamil movie would throw more lights upon travel and the lives of gypsies. In his first movie, he focussed upon the lives of visually challenged people followed by a critical social issue in Joker. Now it looks like, he is back with yet another social theme in his third outing as well.