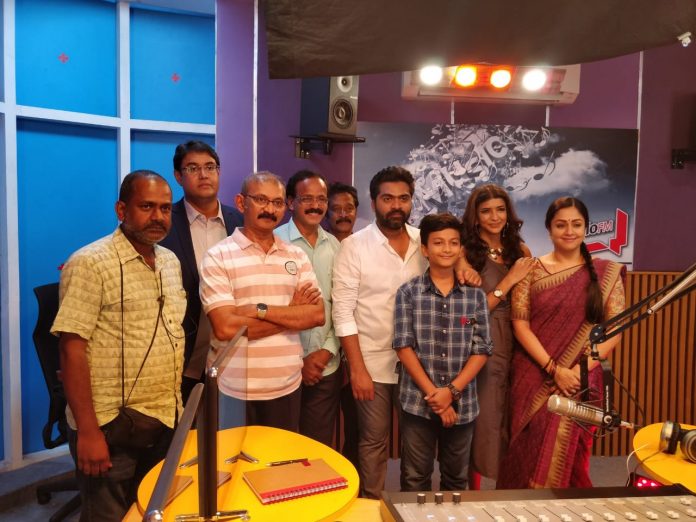 Directed by Radha Mohan, ‘ Kaatrin Mozhi ‘ stars Jyothika, Vidharth, Lakshmi Manchu in leads.This film is the Hindi remake of Vidya Balan starrer Tumhari Sulu. The recent news on this project is that the team had wrapped the entire shoot. Also,the movie will hit the screens on October 18, marking the star’s birthday.

Music of this project is handled by A.H. Khasif, nephew of A. R. Rahman. Apparently, STR is said play a cameo in the film. After playing a challenging role in Mozhi, Jo has joined the same director for the second time with this project. The shoot of the film started in early June and completed by July end. Dubbing will start on August 6 reportedly.

The film was edited side by side after everyday’s shoot regularly and gearing up for release on October 18. Being a festival release, Vishaal’s Sandokozhi 2 will also release for the same weekend. Also the release regulation committee of TFPC have approved the release date today.