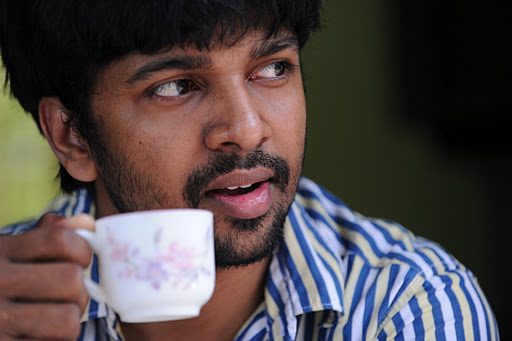 For debutant director A C Durai, this is a dream-come-true moment. After all, he has realised his dream of 17 years, that of directing his own venture.Talking to CT, Durai says, “I’ve assisted several directors including Nagaraj, Krishna (of Sillunu Oru Kaadhal fame) and Suraaj. I’ve been wanting to direct a film that would entertain the audience. It’s been my dream of 17 years. If Ponmaalai Pozhudhu hadn’t happened, I would have left the industry and gone back home.”

The film, which has Aadhav Kannadhasan, grand son of the great poet Kannadasan, debuting as a hero, is inspired from a real-life incident. “Every director would like to think that his film is different from the others’. But, I’m sure none of the films released so far have narrated the incident that I’ve chosen,” he says and adds, “It’s a cute love story between two teenagers.”

Madhan Karky has penned lyrics for a song in this film “Pon Maalai Pozhudhu”  The sequence of the song is a group of students plan to celebrate their weekend in style, plan an outdoor party outside the city. When director requested the lyricist for some fresh content in lyrics, Karky came up with ‘vaarkodhumai kal’

The above lines are from the song in the film. Gayathri, who appeared in Yeppadi Ennai Mayakkinai plays Adhav’s Love interest in the film. Pon Malai Pozhudhu is directed by debut director Durai and produced by AG Creations. Music for the film composed by Saravanan of Engeyum Epothum fame.