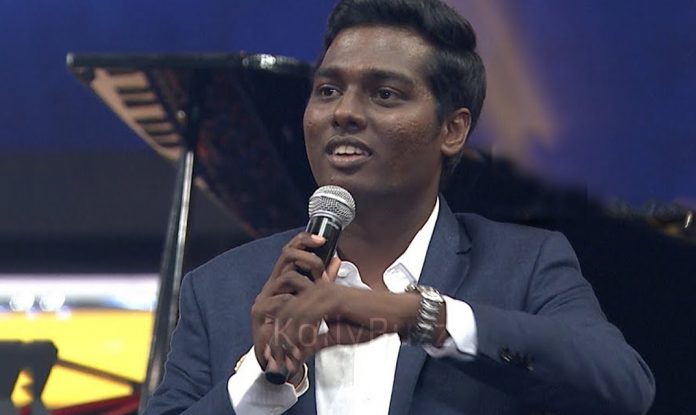 “Mersal will be a symbol of pride for Tamilians” – Atlee

Filmmaker Atlee keeps himself calm and composed as the Mersal gets closer to the release date. Hitting screens on October 18 for festive occasion of Diwali, the makers are engaged in heavy level promotions. Nevertheless, Atlee keeps refrains from not letting much on this, except few words. In one of his recent interactions, he has said, “Mersal will be a symbol of pride to every Tamilian. Many have been asking if this film is all about Jallikattu, which is not true. The film deals with the basic problems we are facing in our everyday lives.”

When asked what would be the best scene in the film, he reverts, “The Intermission sequence would be the most interesting part. Aalaporaan Thamizhan would be a much more celebratory occasion in theatres. There are lots of magical acts of Vijay and one among them would be a real big excitement for the fans.”

Despites revealing so much of information, he remains tightlipped when asked about the number of roles played by Vijay. “He plays father and son. But don’t ask me if there is a third role. That’s the suspense element,” tots up Atlee.