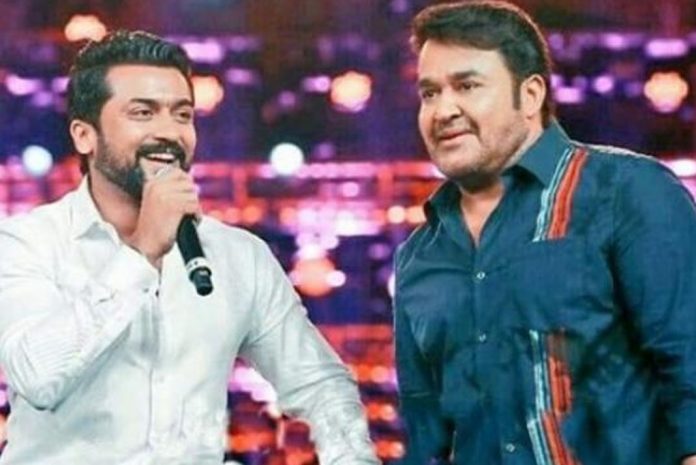 The pre-production phase of Suriya 37 is happening on full swing. The team involving cinematographer and others had flown down to London for scouting locations. In all likelihood, Suriya 37 will start rolling on June 25. It is expected that Suriya 37 will be shot there for 15 days and return back to Chennai. This phase will involve the filming of a song, talkie portions and action blocks as well. Recently, director KV Anand and his team had flown to Kerala for a test shoot with Mohanlal. It looks like; Malayalam superstar Mohanlal has posted one of those clicks during the moment as his Twitter profile.

It is worth mentioning that Mohanlal will be performing an important role in Suriya 37. Allu Sirish would be essaying the antagonist’s role. It is said that initially, actor Aadhi was approached for this role, but couldn’t get him onboard for some reasons.

Reportedly, Harris Jayaraj has already completed composing 4 tracks for the film. Lyca Productions is producing this film at a whopping budget.

According to the current plans, Suriya37 is scheduled to hit screens for Pongal 2019.

KV Anand and Suriya had earlier teamed up for Ayan and Maattran. Seemingly, Suriya will be simultaneously shooting for Suriya37 and NGK.