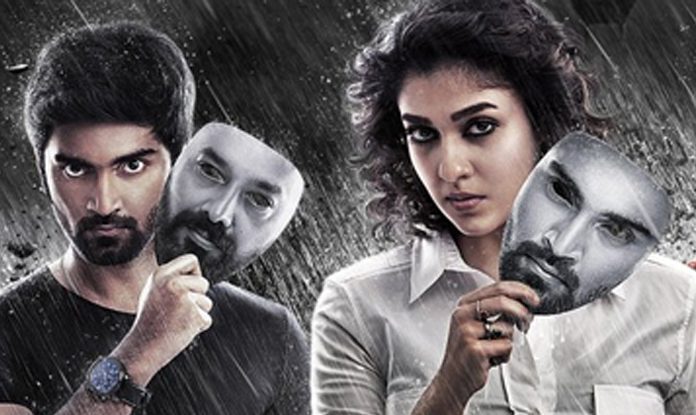 Atharvaa – Nayantara starrer Imaikka Nodigal has been one of the most expected films of 2018. The film’s shooting has been wrapped up and post-production works are happening on full swing. Initially, there were reports claiming that the producers are eyeing for Christmas release. But then, it got postponed due to delayed post-production works. The next release date was almost zeroed in for January 26. But yet again, the team couldn’t make it due to the pending works. According to the latest reports, it is learnt that the film will have a confirmed release on February 14.

It is worth mentioning that producers of medium and small budget movies are eyeing to get their releases done before February end. This is precisely due to the upcoming IPL season that would often hamper the theatre business.

Demonte Colony fame Ajay Gnanamuthu has wielded megaphone for this movie, which is funded by Cameo Films. Atharvaa Murali plays a doctor while Nayantara is reported to be a cop. Vijay Sethupathi plays an extended cameo in this film, which has musical score by Hip Hop Aadhi. The film also features Raashi Khanna and Anurag Kashyap in important roles.