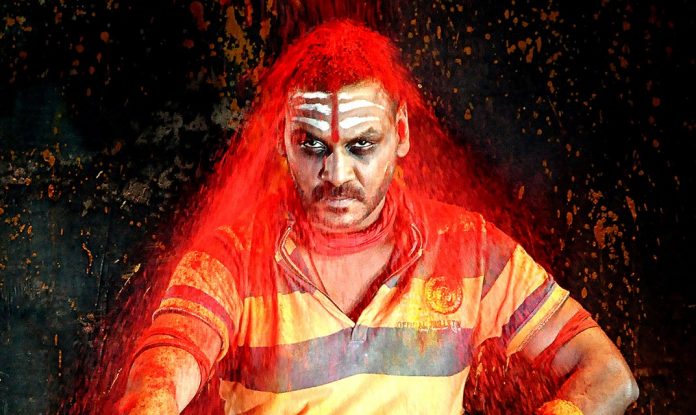 Every time, when Raghava Lawrence starts off with this franchise, there has been a mix of confusion and excitement. The excitement is that the family audiences are going to get a big treat. The confusing part is that the title of this film remains unlocked till the end. It happened with the previous installment. The titles like Kanchana 2 and Muni 3 were juggling up. Now it was the same situation for his fourth installment of this franchise. However, sun pictures confirmed that the shoot would begin today and it will be titled as Kanchana 4.

Before few days, it was reported that the title might be Muni 4. But it is giving a clear result now with the clapboard from the shooting spot. After the successful hit ‘Muni’ that was released before a decade, both Raghava Lawrence and Vedhika are pairing together again.