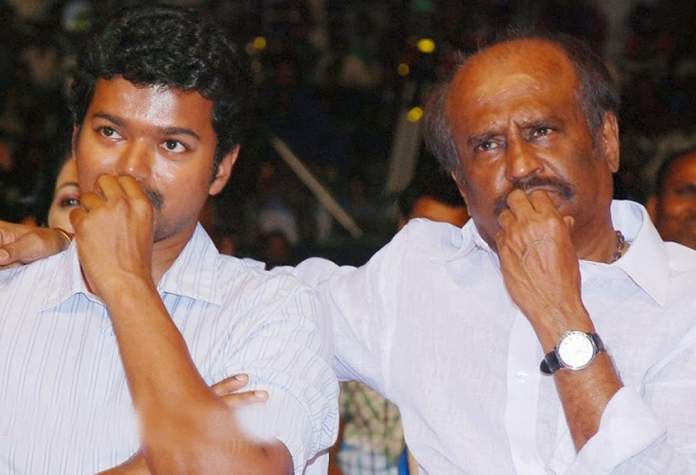 Rajinikanth’s Thalaivar 166 to clash with Thalapathy 63?

It looks like Superstar Rajinikanth is all set to go for a spree of relentless box office clashes with the A-league actors of Tamil cinema. Well, it has all happened with the very beginning of this year, where his ‘Petta’ got released along with Ajith Kumar’s Viswasam. Moreover, the film has managed to pull it off well with the box office collections across ROI and Overseas beating Viswasam, while the latter has managed to make a good spin of profit in Tamil Nadu. Naturally, both the films have been performing well due to long weekend holidays that has prolonged for nearly for 10 days that comprised of couple of weekends and three festival days.

According to the latest reports, it is reported that Superstar Rajinikanth will be having his next movie tentatively titled ‘Thalaivar 166’ is likely to clash with Vijay’s Thalapathy 63. AR Murugadoss is directing Rajinikanth for the first time, which is bankrolled by Lyca Productions that had earlier funded Rajinikanth’s 2.0. On the other hand, Vijay-Nayanthara starrer ‘Thalapathy 63’ directed by Atlee and produced by AGS Entertainment has already confirmed its release for Diwali 2019.

Well, there hasn’t been any official word pertaining to the release of Rajinikanth-ARM movie. Precisely, Lyca Productions might be keen on getting it released for either Diwali 2019 or Pongal 2020.