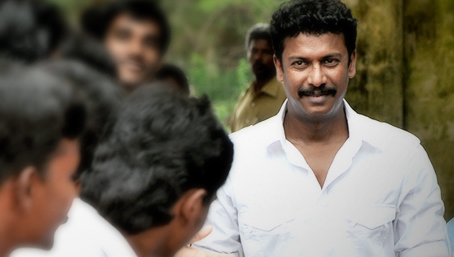 Saattai satellite rights bagged by Vijay TV. Saattai is based on the core of teaching, teacher who scarifies his life for the teaching job. The story is about a relation between a teacher and student. We have seen many movies in 2012 which focused on various genres but only few have seen its success that attracted the audience and education system is one amongst them. “Nanban” was the first movie released in 2012 that had a story on education system and it was well appreciated by the audience, then we saw “Dhoni” and now we are eagerly waiting to see “Saattai” hit the screen on 21st Sept with its unique story.

• AP international will be releasing it overseas.

• Studio9 Production will do the City Release

• Star Vijay has spent couple of days with the movie cast and crew and celebs who’ve watched Saattai Preview shows & interviews will be shown on 19th of this month i.e. Vinayagar Chathurthi Special Programme on Star Vijay.