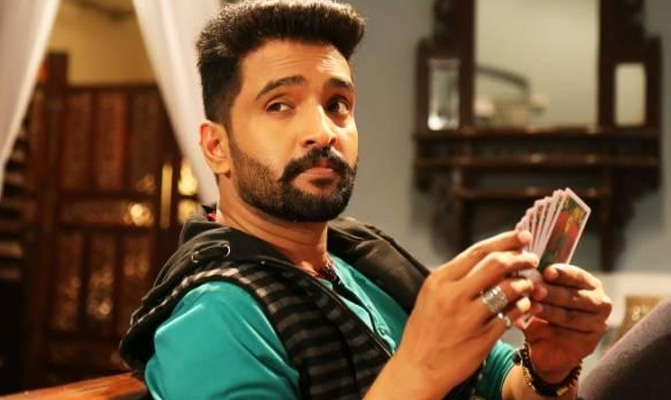 Comedian turned lead actor Santhanam keeps his kitty filled up with enormous projects. The actor was recently reported of getting into final leg shoot with Selvaraghavan’s Mannavan Vandhaanadi. Moreover, he brought forth an official confirmation upon the theatrical release of ‘Sever Sundaram’ hitting screens onSeptember 8 as well. Now, there is special news from his sources. It seems that the talkie portions of his new film ‘Sakka Podu Podu Raja’ have been completed. Now it is just a single track to be filmed that will wrap up the entire shoot.

Right from the beginning, what keeps the project under spotlight is STR’s debut as music director. Yet another highlighting trait is both comedy icons – Vivek and Santhanam sharing screen space together. Although, they were in the cast of Singam 2, they didn’t have any sequences together.