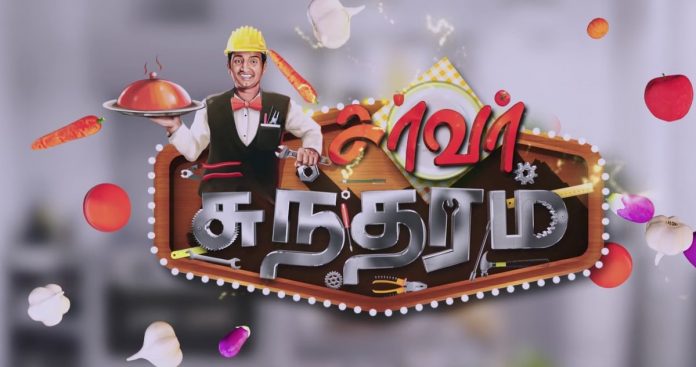 Santhanam starring Server Sundaram to release on July 6. This project apparently announced in December 2015 , finally gets a release date in 2018 after long wait.

The first look of the film was released on January 20, 2016 marking the star’s birthday. Now, after 2 years, the makers have confirmed on the film releasing next month.

Evidently, the shoot of the film happened in various locations including Chennai,Goa,Dubai, Sri Lanka and Maldives. This title ‘ Server Sundaram ‘ had already been in Tamil cinema which had comedian Nagesh in lead.

The star underwent special training at a five star hotel to present himself as a cook in the film. The film also stars actor Nagesh’s grand son ‘ Bijesh ‘ in a supportive role.

Server Sundaram was announced to release on September 7, 2017 and again rescheduled to September 29,2017 but couldn’t make it on screens due to various issues.

Server Sundaram directed by Anand Balki starring Santhanam, Vaibhavi in leads and music by Santosh Narayanan, will hit the screens on July 6, clashing with ‘ Chandramouli ‘ .