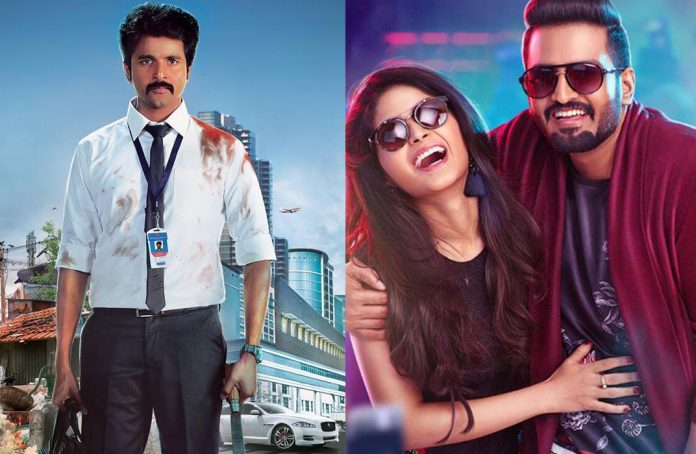 Santhanam and Sivakarthikeyan to clash for Christmas?

Everything involving Sivakarthikeyan’s upcoming film Velaikkaran has been generating the best level of buzzes. Marking the completion of shooting, entire team has hosted farewell party that was held last evening in Chennai. With the film’s audio and trailer to be launched shortly in time, it is already on the process of getting released on December 22 for the festive occasion of Christmas. During the interim, some of the sources reveal that Santhanam starrer Sakka Podu Podu Raja it also planned for the same date of release.

VTV Ganesh, producer of this movie had made an announcement through his video that 3 in 1 surprise awaits the fans. The first one among them is the movie getting released in the month of December. Of course, he did not reveal anything up on the release date, but as learnt from the close sources, this is the date that they are particular on releasing the movie.