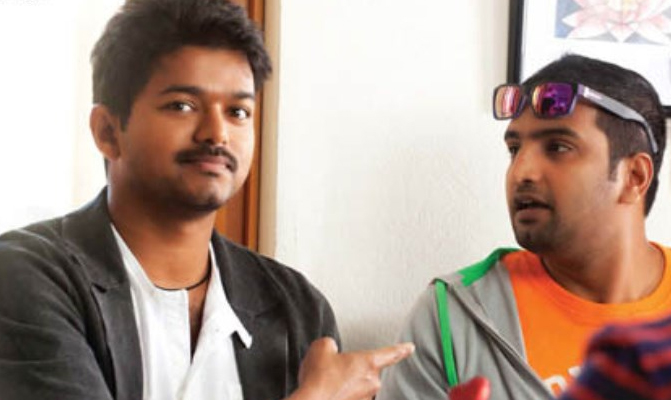 An unexpected surprise or an over-exaggerated buzz – a close call indeed that has trigged up an intense sensation. It is reported by some sources that Santhanam is playing a small cameo in Vijay’s Mersal. While many have been claiming this to be a rumour, few others sources mention that it is true that Santhanam has shot few scenes with Samantha. It is noteworthy that both these actors shared a small sequence in SS Rajamouli’s Naan Ee, which was separately shot for the Tamil version.

The shooting of Mersal is getting wrapped up in next couple of days. Meanwhile, the arrangements for the audio launch are getting to pinnacle of grandeur. Already the tentative program list has been sending heavy gold rush into the veins of fans and gonna be spectators fortomorrow audio launch (August 20).