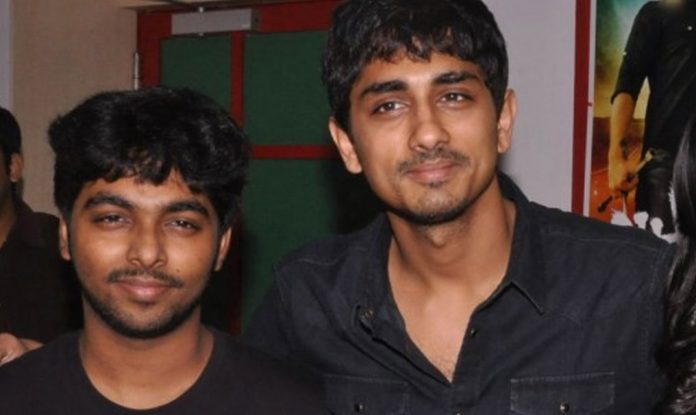 Filmmaker Sasi is far-famed for some of his all time best entertainers laced with decent elements. The director’s last outing Picchaikaaran featuring Vijay Antony and Satna Titus was a top blockbuster. The film managed to make an unbelievably a huge collection with Telugu version as well. Now the director gets ready to direct Siddarth and GV Prakash together in a film. The movie is now titled as Rettai Kombu and Sri Thenandal Films is producing it.

In fact, Siddarth hasn’t given any major release after Aranmanai 2. His movie Jil Jung Juk came in February 2016 but it didn’t perform as expected. He is now simultaneously working on Shaitan Ka Bachcha, Malayalam movie Kammara Sambhavam and multi-lingual film The House Next Door. The expectation for this movie is very high as it features Siddarth and GV Prakash for the first time.