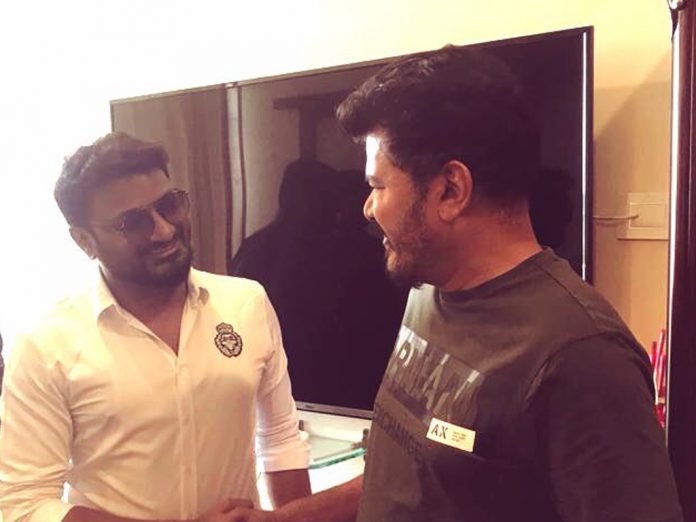 Maverick filmmaker Shankar is on the relentless mode of nurturing his upcoming film Indian 2 starring Kamal Haasan in lead role. The pre-production works are happening on full swing and the director himself is getting involved in each and every aspect of it. Right now, he is busy scouting locations for this magnum opus at Proddatur, Kadappa in Andhra. While he was put up with his stay at one of the most prestigious resorts, the management welcomed him with garlands, Later they took the news to Twitter writing, “ Happy to host the legendary @shankarshanmugh garu in our Royal County Resort, Proddatur. He is here to scout locations for #Indian2. Our MD Madhusudhan Reddy garu can be seen in the pics along with Shankar garu” (Sic).

It is noteworthy that Indian 2 shooting is expected to start by end of next month soon after Kamal Haasan wraps up with Bigg Boss 2.

It is worth mentioning that the prequel, which was made nearly before couple of decades as a blockbuster in Tamil, Telugu and Hindi. This has urged the producers to make the film in all three languages bringing in Pan-Indian actors. While Ajay Devgn would be seen as the antagonist, Nayanthara is reportedly playing the female lead role.