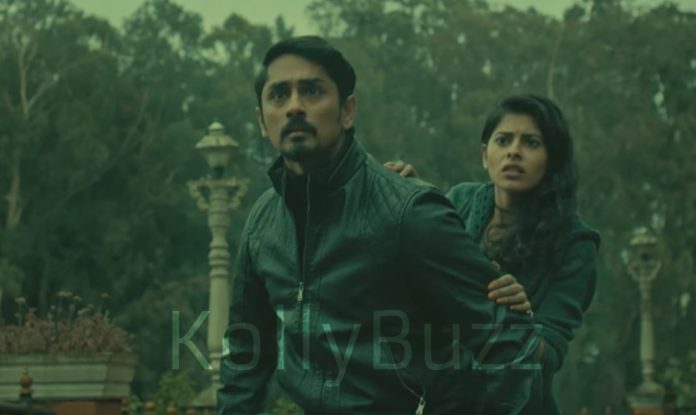 It has been nearly two years, we saw Siddharth on big screens. His last release was Jil Jung Juk that had hit screens in 2015. Aftermath, the actor got involved in lots of projects. One among them was ‘The House Next Door’. This is expected to be a supernatural thriller. Milind Rau makes his directorial debut with this film. Siddharth has produced the film (Etaki Entertainment) in collaboration with Viacom 18 Pictures.

While the Hindi version will carry the title, the Tamil version is named as ‘Aval’. The visual presentation gives us couple of assumptions. It could be either a supernatural thriller or a psychological thriller. Well, we have to wait for at least the theatrical teaser to arrive for confirmation.

It looks like the film is getting made in Tamil, Hindi and Telugu simultaneously. Siddharth is also shooting for another film titled Shaitan Ka Bacha. He will soon share screen space with GV Prakash in Rettai Kombu. Sasi will be directing this film, who is riding high on the success of Pichaikaran.