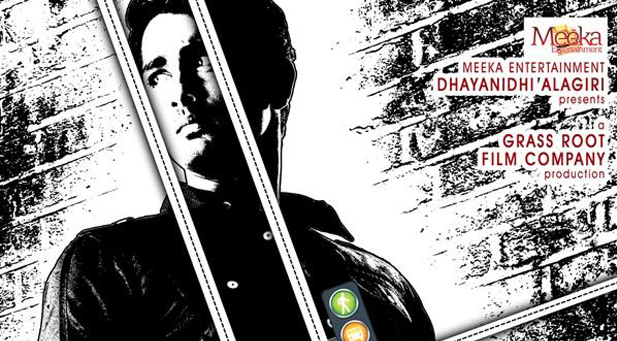 Dhayanithi Alagiri has announced his debut project under his new banner “Meeka Entertainments” titled “Udhayam”. This movie will have Siddharth and Arshitha in the lead roles. The first look of this film was revealed with an impressive design in which the title has the tag line “Nh4”. Siddharth about this film “Udhayam will release in Tamil & telugu. We are in final stages of wrapping the film and its an action thriller. This film will be released in late summer”, he adds.

Producer, Dhayanidhi Alagiri about this film “Udhayam is the debut project for both, my new company “Meeka Entertainments” and Vetrimaaran’s “Grass Root Film Company”. Siddharth will be seen in a new role like you’ve never seen before. The songs of this film will be a treat and i’m sure all will love it.

Music is scored by G.V.Prakash Kumar, The camera will be handled by Velraj. The story and screenplay is written by Vetrimaaran & Directed by Manimaaran. This movie is jointly produced with Vetrimaaran’s “Grass Root Film Company” and Dhayanidhi Alagiri’s “Meeka Entertainments”. Release of this film is expected in June 2013.