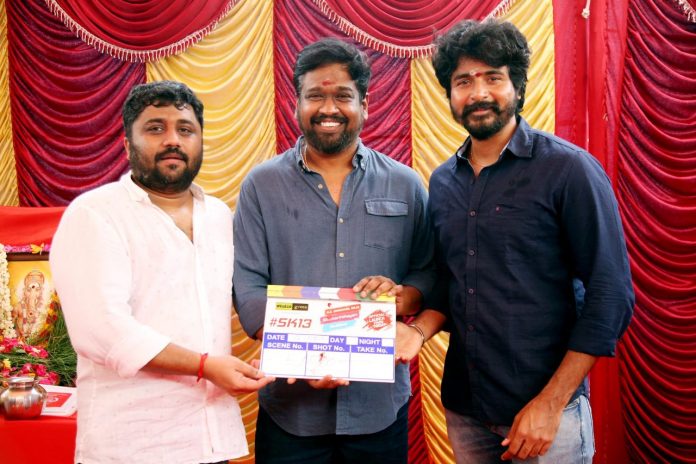 After SeemaRaja, actor Sivakarthikeyan starts to shoot for his next project with Studiogreen directed by Rajesh.

Earlier, it was decided that director Vignesh Shivn will direct Sivakarthikeyan under the same banner. The reason for this remains unknown as Studiogreen have decided to use the dates of SK with the SMS director.

It is a said to a fun filled comedy entertainer, as like the director‘s previous films. Sivakarthikeyan films will usually have certain elements to target the commercial aspects built in with the script.

Director Rajesh had revealed in a english daily on asking about the genre of the film stating ,“Sivakarthikeyan is a huge star among the kids and family audience love him to bits. So, this one will be a complete family entertainer which has its heart in its place.”

Also, Nayanthara will pair up with the star once again after Velaikkaran in this film. Formally known as SK 13, the shoot of this project has already started on June 21.

It is to be noted that Seema Raja shoot was wrapped on June 19 . Sivakarthikeyan will join with director Ravikumar for his next sci-fi film, bankrolled by 24AM Studios.

The most important thing is that the star has announced stating he will not promote any smoking or alcohol consumptives in his film, while Rajesh films usually have this regular dosage. Now comes the interesting part with whose going to compensate these in SK13 ? Let’s wait and watch !