Kolly Buzz It's all about kollywood
Home News Sketch Teaser with Sivakarthikeyan’s Velaikkaran? 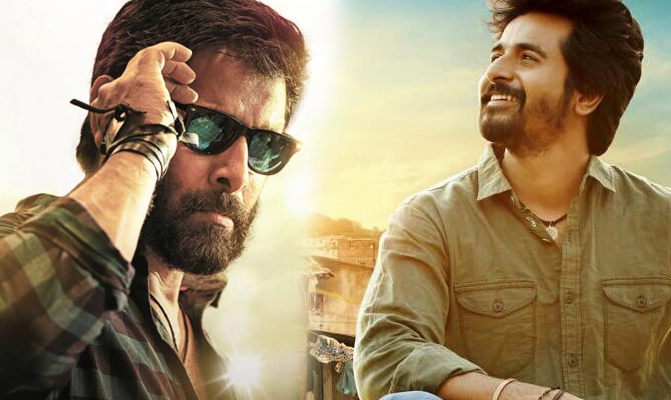 Chiyaan Vikram has been the man of surprises for this year by announcing back to back projects. The actor has now completed shooting for his upcoming film ‘Sketch’. Vijay Chander of Vaalu fame has directed the film and Kalaipuli S Thanu has bankrolled it. Tamannaah has played the female lead role. Thaman has composed music for this commercial entertainer. Shooting of this film was recently completed with a song sequence in abroad country. The makers are earnestly planning to release the film for either Diwali or November. During this interim, it looks like the theatrical teaser of Sketch will be unveiled along with Sivakarthikeyan’s Velaikkaran worldwide release (September 28). Nevertheless, the cast and crew of Sketch haven’t revealed anything on this decision.

At the moment, Vikram is busy shooting for the new schedule of Dhruva Natchathiram. Gautham Vasudev Menon had earlier reported that only 20 days are pending for the entire shoot to wrap up. If everything goes as planned, Dhruva Natchathiram might wrap up before Vikram starts working on Saamy 2, which is to commence from September 15.