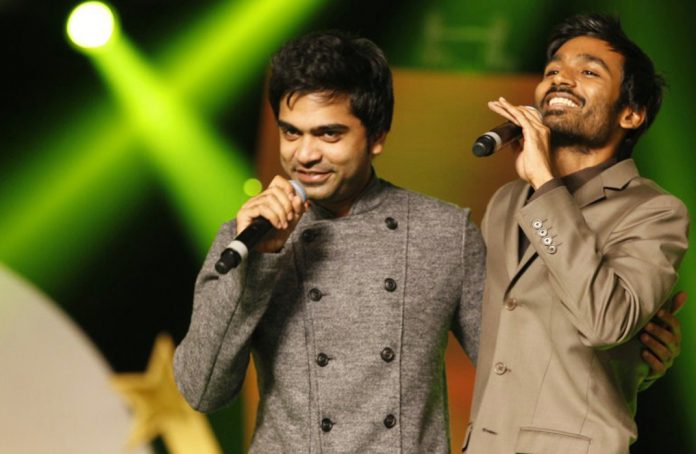 STR and Dhanush to collaborate for Santhanam

Last time, we saw STR and Dhanush together sharing the stage was nearly before 6 years. It was an awards ceremony, where both of them spent more time crooning ‘Kolaveri’ song together. Now it’s going to be a high celebration for both the fans for one reason. It will be for STR and Dhanush coming together for the sake of Santhanam.

While making an official announcement regarding the audio of Sakka Podu Podu Raja, Santhanam broke the news. Actor Dhanush will be unveiling the songs composed by STR for this film. Actor Santhanam on cloud nine made this announcement through a video message, which has pulled off the excitements of fans to a greater level.

Sethuraman has directed the film Sakka Podu Podu Raja, which is produced by VTV Ganesh, Vaibhavi Shandalini is playing the female lead role in this film, which features Vivek in important character alongside Sampath.

Sakka Podu Podu Raja will be hitting screens on December 22 for the festive occasion of Christmas.