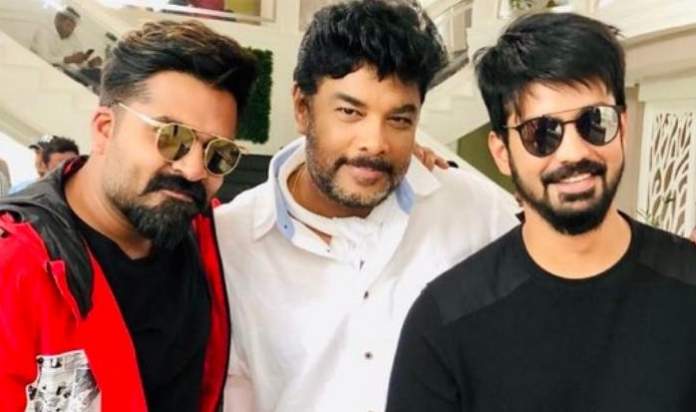 STR fans are exhilarated over mass packed trailer of Vandha Rajavathaan Varuven teaser. While the teaser was released in all theatres along with Superstar Rajinikanth’s 2.0, it got officially unveiled on YouTube from today (December 1). While the makers are keen on getting the film released for festive occasion of Pongal, the talkie portions are already completed. Today, the team has landed in Pollachi to shoot a song featuring STR and enormous dancers and junior artistes. Following this song, an action packed sequence would be filmed in the same backdrops.  Soon after this schedule, couple of songs will be filmed each in Chennai and a foreign locale with which the entire project comes to an end.

Sundar C is known for his fastest quickies and delivering super hit family entertainers. Apparently, he has managed to wrap up such a huge project with big stars within a short span of time. Megha Akash, Mahat and Catherine Tresa will be seen playing other lead characters alongside STR. Ramya Krishnan will be playing STR’S aunt in this film and others in the star-cast includes Prabhu, Nasser, VTV Ganesh, Robo Shankar, Naan Kadavul Rajendran and many others.

Hiphop Aadhi is composing music for this film, which is produced by Lyca Productions.