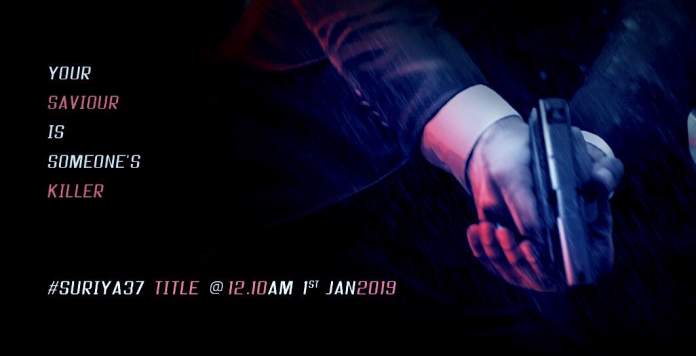 Actor Suriya had just a single release in 2018, which was ‘Thaana Serndha Koottam’. The excitements were prolonging stupendously, when his collaboration with Selvaraghavan was announced. Apparently, the producers of this film made a strong confirmation that the movie will be releasing for Diwali 2018. Nevertheless, the shooting got stalled during the mid and Suriya started working on his new film tentatively titled ‘Suriya 37’. The film marks the third time collaboration of Suriya along with filmmaker KV Anand after the grand success of Ayan and Maattraan. The film’s title announcement is all set to be made Tomorrow night (January `1) at 12.10 a.m. Well, the film’s tagline ‘Your saviour is someone’s killer’ has evoked huge curiosity to know what this film could be all about.

Apparently, as everyone knows, the film features Suriya as National Security Guard, who is given the assignment to protect the country’s most powerful leader, played by Mohanlal. Sayyeshaa Saigal is playing the female lead role in this film, which has Arya as baddie. Samuthirakani and Boman Hirani will be seen essaying important roles in this movie, which is produced by Lyca Productions.