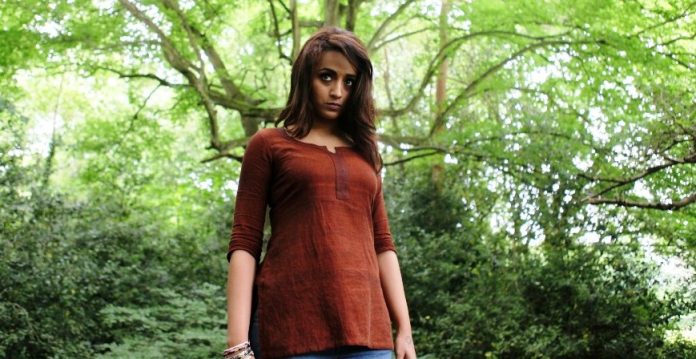 Seemingly, Trisha fans’ long wait is getting towards its culmination. The missy has been consistently offering the delight to her fans. Of course, Trisha’s fervent buffs have been relentlessly pouring their love for her acting in ‘96’ teaser. Now, they have one more reason to celebrate, which is official announcement of Mohini release date. The film will be releasing on July 27 along with Vijay Sethupathi’s Junga and Arya’s Ghajinikanth.

Reportedly, the film is a supernatural thriller featuring Trisha in dual roles. The film’s major portions have been shot in London. Yogi Babu will be ticking our funny bones with his hilarious episodes.

On the other hand, Vijay Sethupathi starrer Junga has already raised everyone’s expectations. Especially, Vijay Sethupathi and Gokul teaming up after Idharkuthane Aasaipattai Balakumara is the main reason for this film‘s release. Arya’s Ghajinikanth is another release on July 27.  As known earlier, the film is a remake of super hit Telugu movie Bale Bale Magadivoy.

Director Madhesh has admitted that Trisha has performed action sequences without dupes. “There was couple of ambulances, British Police Department, Nurse and doctors at the shooting spot. Literally, this was for the sake of first aid treatment in case of accidents. But they were amazed to see Trisha’s performance,” tots up Madhesh.

S Lakshman is producing this film under the banner Prince Pictures. He had earlier produced Singam 2 and is currently bankrolling Karthi starrer Dev. Vivek-Mervin duo is composing music and Gurudev is handling cinematography. Director Madhesh says that the Trisha starrer film is based on a real life incident, which audience will relate with.

Vijay Sethupathi starrer Junga is completely shot across France. It will be a comedy caper with Sayyeshaa in female lead role. Ghajinikanth is also a romantic comedy. Santhosh P Jayakumar is directing this film.