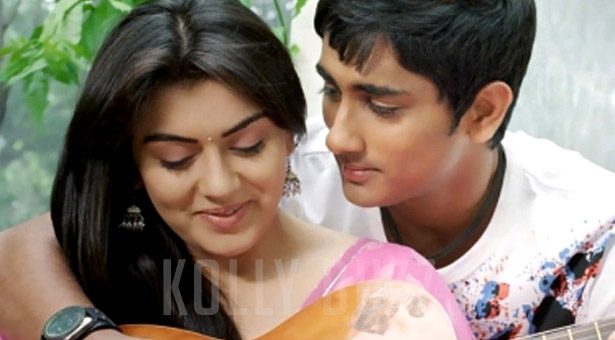 UTV Motion Pictures has announced their next project titled Theeya Vela Seiyanum Kumar with Siddharth, Hansika Motwani in lead roles. Theeya Vela Seiyyanum Kumaru is a comedy riot directed Sundar.C and produced by Kushboo Sundar. The shoot is already brisk in progress and the film has been planned for May 2013 release and the Music is expected to release by April 2013. The film is shot at Kumbakonam, Hyderabad and Chennai. Two songs are planned to be shot at Japan.

Ganesh Venkatraman will seen in an important role and other cast in this film are ‘Comedy Superstar’ Santhanam, Vidyu Mohanram, Devadarshini, Delhi Ganesh, Chitra Lakshmanan, FM.Balaji, Bosskey, Jennifer, Vichu, George and many others. Music is scored by Engeyum Eppodhum fame Sathya where as the songs will be penned by Pa.Vijay. Regarding this Dhananjayan.G, Chief – South Business, of Disney UTV south adds that the first look of Theeya Vela Seiyanum Kumar will be revealed in near future and UTV will have back to back release every 4 to 5 weeks commencing this summer.

[divide]Note: The picture used in this article is not from the film “Theeya Vela Seiyanum Kumar”, It’s from “Oh My Friend / Sridhar”