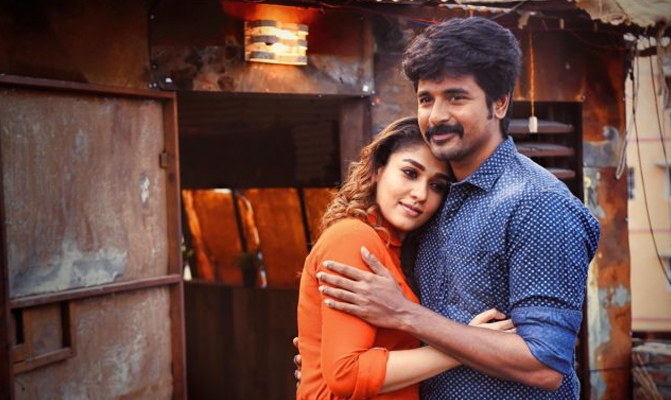 It’s a big boon for Sivakarthikeyan-Nayantara starrer Velaikkaran now. The entire team is on cloud nine for one big reason. The theatrical teaser of Velaikkaran gets screened along with Ajith’s Vivegam worldwide release. It is definitely an incredulous success for the movie to be gaining yet more privileges on the global platform fromAugust 24. Already, the teaser has touched the pinnacle of best reception released on August 14.  This news came officially revealed by the 24AM Studios yesterday. 24AM Studios, producers of Velaikkaran and the entire team thanks Ajith Kumar and Sathya Jyothi Films for their greatest gesture.

Velaikkaran starring Sivakarthikeyan, Fahadh Faasil and Nayantara in lead roles is scheduled for release on September 28. The film’s single track by Anirudh is gearing up for a huge release on August 28 following which the complete album release will happen by middle of September.