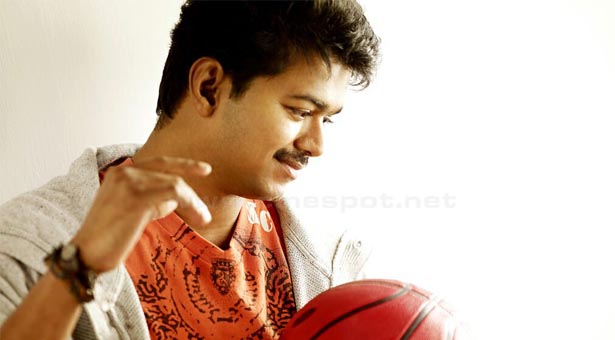 Vijay, who is yet to complete the shoot for Kaththi with A.R.Murugadoss will be shifting to his next untitled project directed by Chimbudevan. This upcoming project will be a fantasy entertainer which will be having many popular names like Sridevi, Kicha Sudeep, Shruti Haasan, Hansika Motwani and many. The budget of this project is said to around 85crores and already the pre-production works are going on in full swing.

This project will go on floors at once kaththi gets wrapped-up and the title-look/first-look shall be revealed along with that. This film also has well known technicians like Natty (cinematography), Muthuraj (Art direction), Sreekar Prasad (Editing), the computer graphics will be taken care by the team who worked for Magadeera (Telugu) and Naan Ee. Devi Sri Prasad who has signed this project have already started working with the tunes. This project will be a Bilingual in Tamil & Telugu and will also have a Hindi dub.