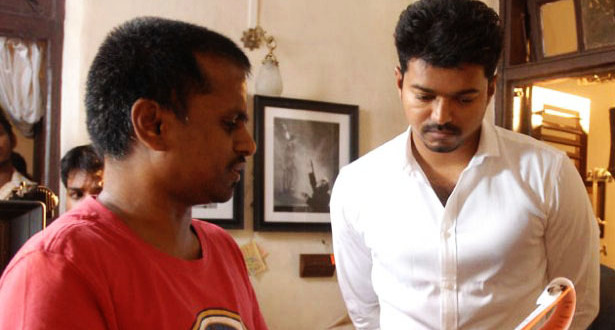 Vijay’s ongoing film with director A.R.Murugadoss is briskly progressing in Hyderabad. The latest news about this project is that the film has been titled as Kaththi (?????). Music for this film is being composed by Anirudh Ravichander and the songs are penned by Madhan Karky. So, After Thuppakki.. its Kaththi now for Vijay-ARM project.

This film has Vijay and Samantha in the lead roles and Neil Mukesh will be playing the baddie role. Kaththi is produced by Lyca Productions and Ayngaran International. This film is scheduled for a Diwali release.