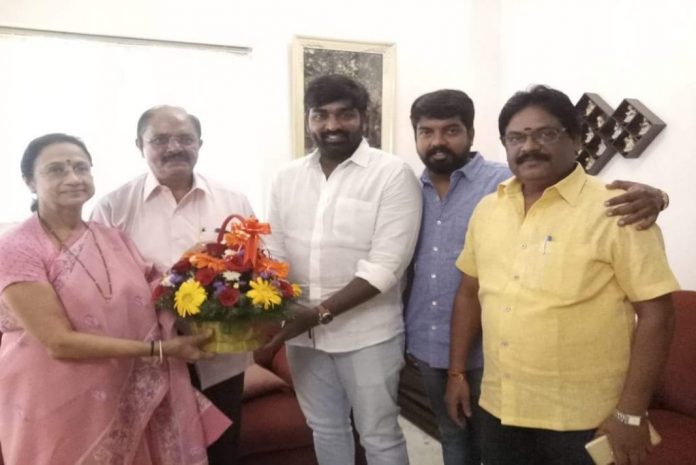 Vaalu, Sketch director Vijay Chandar to direct Makkal Selvan Vijay Sethupathi bankrolled by Vijaya Productions. The shooting of this film is said to commence in February,2019.

The director made this as an official announcement in his twitter, tweeting “ I’m happy to announce that I’ll be joining hands with My Favorite Hero Vijay Sethupathi Bro for my next with Vijaya Vauhini productions We’re all set to roll in February! “

Already the star had his Oru Nalla Naal Paathu Solren, Junga release till now, also has lined up with 96, Chekka Chevandha Vaanam, Seethakathi, Super Deluxe releases this year. Giving films in varieties, different genres and flavours, the actor has never failed to disappoint his fans.

His 96 album, teaser-trailer had huge reception and very high pre buzz for the film before it’s release. He plays an old age character in Seethakathi, which is hinted to part only 40 minutes duration in the film.

Vijaya Productions after their recent Bairavaa in 2017, will fund this project. The technical crew of this project will involve Velraj handling the cinematography, editor Praveen KL in cuts and Anlarasu to choreograph stunts.