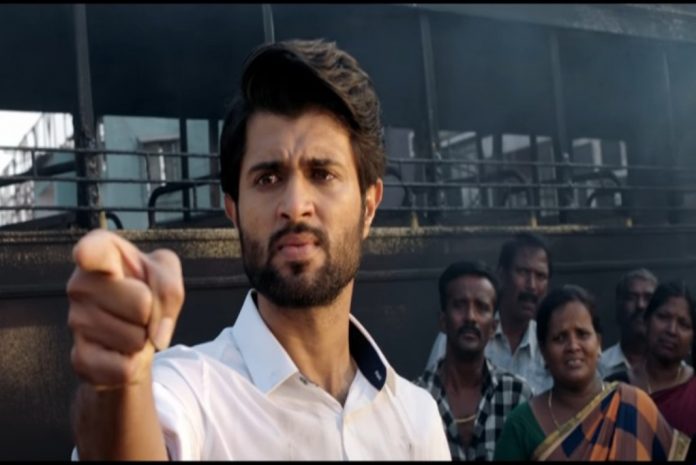 After the huge reception for Arjun Reddy and Geetha Govindam in Tamil Nadu, Vijay Devarkonda makes his direct Tamil debut. Produced by Studio Green banner, NOTA is all set for it’s grand release on October 5. This film directed by Anand Shankar, also stars Nassar, Sathyaraj and Mehreen Pirzada in leads.
This political thriller will have music by Sam CS, while ace cinematographer Ravi K Chandran’s son Santhana Krishnan handles the frames. The bilingual made simultaneously in Tamil and Telugu will release on the same date.

Director Anand Shankar made his debut with Arima Nambi and his second film ‘ Irumugan ‘ with Chiyaan Vikram was a hit. On that note, this film belonging to the political thriller genre will have more scope to explore and present. The teaser of the film had created quite minimal pre buzz, with the sharp dialogues and the theme.

Even more films have announced to release the same week. Vijay Sethupathi, Trisha starrer 96 directed by Prem Kumar will have a Thursday release on October 4 and also Vishnu Vishaal’s psychological thriller Raatchasan is planned for October first week release.Will there be any shuffle in the release dates of the announced films ?