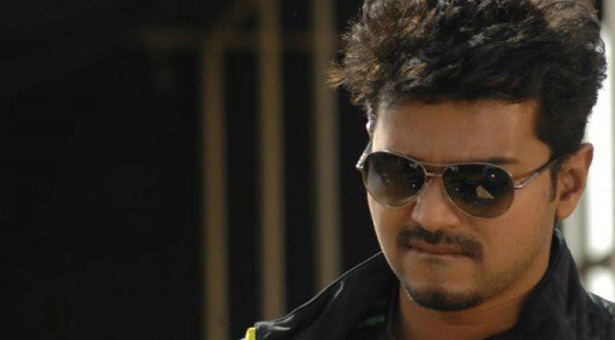 Vijay, Kajal Aggarwal starrer Jilla is briskly progressing with its 3rd schedule in Chennai. Latest about this film is, Vijay does the role of a cop in this film. Recently a scene with 50 original police trainee was shot in Aavadi Police Camp and Vijay was also seen in the cop dress.

A comedy scene was even shot where Actor Bramanandham does the role of a police trainee with Vijay and couple of days back a scene was shot as Vijay writing an exam. Its still unknown whether Vijay plays a cop for few scenes or throughout the film. The plot of the film is still kept under covers as the makers doesn’t want to reveal.

Jilla stars Vijay, Kajal Aggarwal, Mohanlaal and many, the film is directed by T.Nesan and produced by Super Good Films