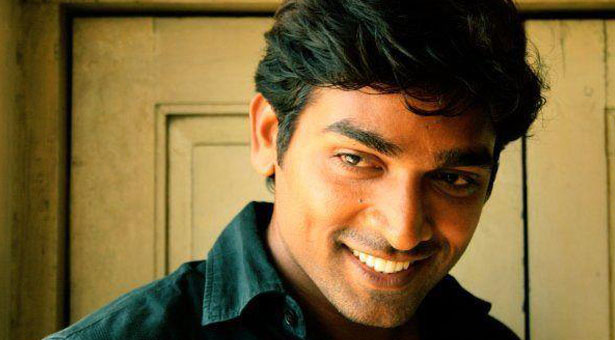 Vijay Sethupathi who has seenn hat-trick hits with his recent releases is currently a busy man in K town with over 5 projects in hand. Recently there was a buzz that Vijay Sethupathi will be playing a villain role in Siddharth, Lakshmi Menon starrer Jigarthanda. The Director of the film Karthik Subburaj has rubbished this news as fake.

The director stated that “Vijay Sethupathi is a close friend of mine and he often comes to shooting spot and he’s not doing any roles in this film.”
Lakshmi Menon, who does the lead lady role in this film will be finishing her scenes and wrapping upon July 16th . Later Siddharth’s scenes will be shot, says the crew.