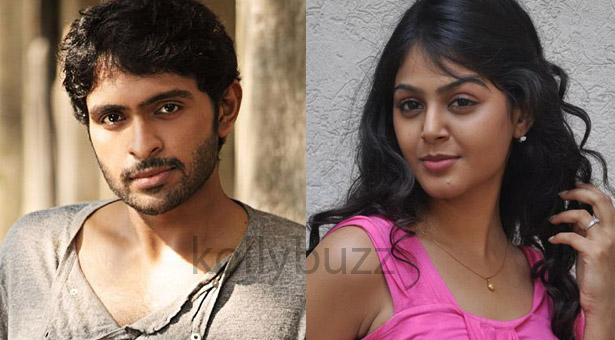 Vikram Prabhu of Kumki fame who is currently busy with his second flick “Ivan Veramathiri” and is now ready with his next flick. Vikram Prabhu’s next film titled “Sigaram Thodu” is directed by Gaurav of Thoonga Nagaram fame. Monal Gajjar will be doing the lead lady role in this film. Sathyaraj will be seen in a pivotal role in this film in addition, ‘Ethirneechal’ satish, Kovai Sarala will be a part of this project.

Music will be scored by D.Imman, Vijay Ulaganath will be cranking the camera, Milan will be working as the Art director. The shoot of this film has been commenced today at Chandidevi temple at Hardwar and will shoot at the northern peaks. This project is being jointly produced by Limelight Productions and UTV Motion Pictures.